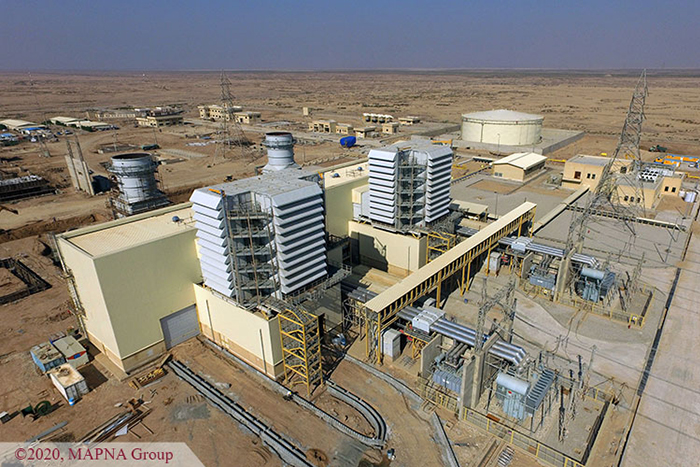 President Hassan Rouhani inaugurated MAPNA Group’s West Karun Combined Cycle Power Plant via video conference on Monday, August 24, 2020.
Located in Dashte Azadegan County in the southwestern province of Khuzestan, West Karun Power Plant is supplies power for four oil fields which are active in the region.
With a nominal capacity of 520 MWs, the power plant consists of one combined cycle block of power that runs on MAP2A gas turbines (upgradeable to MAP2B turbines), a triple-pressure combined cycle with an efficiency of 51 percent (which can be enhanced to 53 percent) and a homegrown MAPCS control system.
The project is MAPNA Group’s first power purchase agreement (PPA) with an entity outside the Ministry of Power.
Petroleum Engineering and Development Company has guaranteed to purchase the power generated by West Karun plant for a 20-year period and under a BOO (build-own-operate) scheme.
MAPNA West Karun Power Generation Company is the client of this project and Ghods Niroo Consulting Engineers Company serves as the consultant.